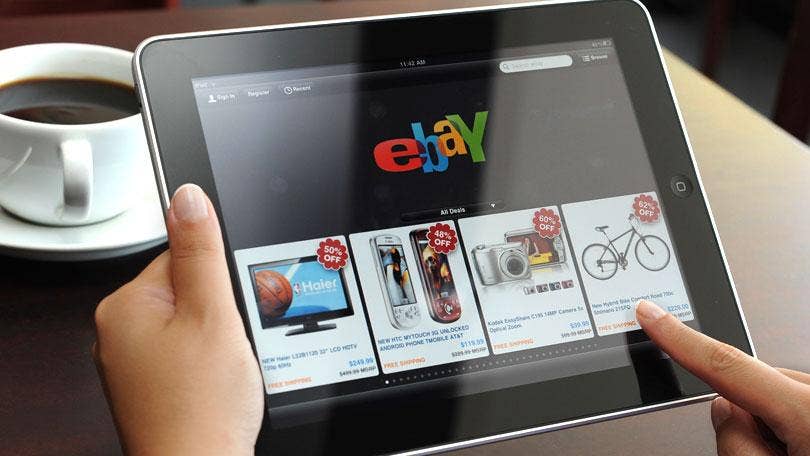 Digital marketplace eBay Inc. released its annual “Most Interesting and Expensive Purchases” list on Wednesday to show what some of its most affluent customers bought in 2019.

High-ticket items ranged from as low as $7,000 to as high as $4.5 million. Shoppers got their hands on everything from investment-caliber trading cards and luxury vehicles to timepieces and celebrity meet-and-greets and more. Here is a sample of 2019’s most expensive purchases on eBay.

EBAY TO SELL STUBHUB FOR $4B

Fine jewelry made the cut for some of eBay’s most expensive sales of 2019, including one 18-karat rose gold watch from Rolex and two different watches from luxury Swiss design house Patek Philippe – which cost $100,001 and $139,500.

Motor vehicles dominated eBay’s most expensive purchase list, snagging 13 of the 20 spots. The 2014 Newmar King Aire Motorhome was the priciest RV for the year at $280,000. The rest that made the list were in the sports car category.

Lamborghini was the most popular sports car brand on eBay’s list, placing six separate times throughout the year. The 2015 Lamborghini Aventador LP700-4 Roadster sold for $349,800 while the later 2019 models of the Lamborghini Urus “Bianco Icarus” and Lamborghini Huracan sold for $245,995 and $209,900, respectively.

Record-breaking sale of a rare Tom Brady rookie trading card for $400,100 sold in February 2019, the highest price for a football card sold at auction.

The year was also a good one for trading card collectors. A Michael Jordan 1997 Metal Universe Precious Metal Gems Card sold for over $350,000, which was the highest a basketball card has ever sold for on eBay. However, it was a rare 2000 Tom Brady rookie trading card autographed by the six-time Super Bowl winner himself that sold for a record-breaking $400,100 in February 2019.

GLIDE’s 20th annual eBay for Charity Power Lunch with Warren Buffett sold for a record-breaking $4,567,888 on May 31, 2019, coinciding with the 20th anniversary of the legendary auction.

The GLIDE Foundation, a charity organization that helps the homeless, had the single most expensive item sold on eBay, which was a Charity Power Lunch with Warren Buffett on May 31, 2019. The 20th annual event sold for a record-breaking $4,567,888.

Top 20 Most Expensive eBay Purchases in 2019

The e-commerce giant also raked in money from eBay for Charity purchases in 2019, some of which started at five figures and worked their way up to be on the year’s most expensive list. The lunch with Buffett and an overnight stay in the ultra-exclusive Cinderella Castle Suite at Magic Kingdom Park were two standouts that were sold on eBay for charitable causes.

Top eBay for Charity sales in 2019 also included an overnight stay in the Cinderella Castle Suite at Magic Kingdom Park.

Sports fans also got to contribute to causes with purchases made for custom “Moon Landing” Under Armour Curry 6 Shoes that were formerly owned, worn and signed by NBA star Stephen Curry as well as a UFC Ultimate Fan Experience with a private meet-and-greet with UFC president Dana White.

GET FOX BUSINESS ON THE GO BY CLICKING HERE

Other participating organizations that benefited from the initiative included The V Foundation for Cancer Research and Homes For Our Troops, according to a statement from eBay.

Top 10 Most Expensive eBay for Charity Purchases in 2019